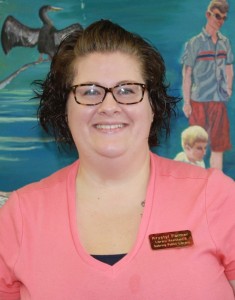 Ghosts, goblins, witches, cobwebs, masks, fake blood, dry ice mists, and buckets of candy. Leading up to Halloween, stores are filled with tons of costumes, spooky decorations, and candy. Candy is everywhere. Without analyzing the cultural background of this day, one might believe it’s just a reason for morbid & macabre groups of people to come together with gross costumes and creepy masks so they can eat candy and stay up late(because that’s not weird if it’s a holiday tradition). Halloween actually has a long and interesting history beginning with the Celts and carrying on into today’s commercialized rendition of their once important ritual.

The origins of Halloween date back to pre-Christian times and are mostly associated with the Celtic festival, Samhain. This is believed to have been celebrated at the end of Summer, sometime around November 1. The Celts were by all accounts, a fierce population with large, muscular warriors who prided themselves on not being too fat or lazy. They relied on crops and livestock for survival and being in the regions of Normandy, Ireland, Scotland, Wales, etc. they only had the short summer months to sow and reap for the coming Winter. Samhain was a ritual or festival that brought an ending to plentiful, warm days and a beginning to harsh, freezing, and seemingly endless nights when sickness, starvation, and the natural elements came as a thief in the night. Because this day was also the end of the Celtic year, it was regarded as being a time when spirits of everyone who died throughout the year would be able to tear the veil between life and death and once more walk the earth they knew so well. The Celts would burn huge bonfires in hopes of lighting up the sky to keep the spirits away; they also extinguished their homefires of the previous year and everyone brought coals from these new fires into their homes for warmth, cooking, and light. There are not many people who still celebrate the old traditions but wiccans and pagans may still ring in the Celtic New Year much as they did thousands of years ago.

It wasn’t until the eighth century that the day was deemed a holiday. Pope Gregory III appointed November 1as a day to honor all saints and martyrs and so we were given All Saints’ Day. October 31, the day before All Saint’s Day was dubbed All Hallows’ Eve, which was later shortened to Halloween; Hallow means a Holy One or Saint. During the years, Halloween has transcended from a sad, ritual ending the harvest season to what we now know as a time to dress your silliest and eat candy until you puke. The libraries have many books on Halloween and All Saint’s Day that can shed more light upon the origins of the holiday.

Halloween might be a time the freaks come out at night but it is also a time for communities to come together and put their best foot forward to entertain and bedazzle children. On October 30 from 5-8pm, the Downtown Sebring Circle is hosting a safe alternative to door-to-door trick or treating. On Halloween, October 31 from 6-9, the community of Lake Placid is reveling in the festivities with a trick or treat alternative of their own located in the heart town on Interlake Blvd and Main St. The Humane Society in Sebring is once again using the spooktacular talents of our peers in their Terror Trail event, parking and bus ride available at the Sebring Airport, Gate 4 and all proceeds benefit the Humane Society. Terror Trail is intended for teens and adults only, it is not suitable for children.

Sebring Public Library will have an all day coloring contest on October 30, just drop by anytime to color a Halloween themed coloring page which will enter you in the contest; four winners will be chosen and notified on Saturday, October 31 to pick up their prize packs from the library. On Halloween, October 31, come enjoy a family movie at Sebring Public Library showing at 2:00pm and stop by the children’s desk in your costume to get a piece of candy until the end of business hours, which is 5:30pm. Avon Park and Lake Placid libraries are both having Halloween Parties at 1:00pm and costumes are welcome and expected! There will be crafts, candy, and a movie at 2:00pm, please call each library for movie titles. Hours of operation, address, and phone numbers can be found at The Heartland Library Cooperative webpage, www.myhlc.org.

Whether you choose to celebrate Samhain, Halloween, or neither, stop by your libraries on the 31st, you will see lovely ghouls and ghastly ghosts with a few treats and possibly a few tricks!

Learn New Hobbies With The Library: Filling In Your Family Tree by Jennifer McConkey

When you think of the public library, do you imagine rows and rows of books and a place to use computers? Or maybe you now picture a website with free e-books and audiobooks. It turns out both are good descriptions, but libraries provide even more than that. For example, the public libraries in Highlands County […]

All of the Harry Potter books consistently top Amazon.com’s bestseller list so it comes as no surprise that “Harry Potter and the Cursed Child: Parts One and Two” by J.K. Rowling, John Tiffany, and Jack Thorne is Highlands County’s best read young adult fiction book this year. Despite the unusual format (this is actually the […]