Changes are a daily occurence, just a fact of life. Some changes create excitement, and others create stress. There are people who change your life.The Highlands County Library System has some changes happening soon, and I would like to honor a person that is a part of those changes. She has been a huge part of my life.

At the end of this month, one of our very own is retiring. Our “library squad” leader is shelving her last book, so to speak. Maria Chenique, lead librarian, is passing on the title and taking on her well deserved retirement. I didn’t realize the impact that this change would have on me until I elected myself to plan the retirement party. At first, the excitement consumed me. I am a planner, and I enjoy every single moment of planning, really anything. Once the core pieces of the party were set in place, the reality of what I was planning hit me like a ton of bricks. As I am writing this at the front desk of the Avon Park Public Library on a fairly busy Saturday in January, I am trying to hold back the tears.

Unless you know me, what I have said doesn’t make much sense. Do many people miss their bosses, leaders, supervisors when they move on? I am sure many people do not miss them, but I will! Aside from family, Maria has had the most impact on my life. I am 32 years old, and I met Maria when I was an awkward, shy fourteen year old volunteer in the children’s department of the Sebring Public Library. I had been volunteering for close to two years when Maria arrived as the new children’s librarian replacing the one retiring, Ginger. By this point, I had already decided that I was going to become a librarian, but obviously fourteen year olds cannot be paid employees. This is where Maria comes into play.

As I grew and showed more interest in library work, Maria gave me a multitude of different responsibilities. I was allowed to help with so many tasks, and given the opportunity to learn many things. Maria became the force that pushed for me and the voice that spoke for me. Maria made it possible for me to work on the county’s work study program available at the time. When that was no longer available, Maria didn’t consider that the end. Maria advocated for me to become a part-time employee in the technical services department, TSR as we call it, of the system. TSR was where I fell even more in love with the library. Learning behind the scenes processes is something that has stayed with me throughout the years, but moving to that department meant I wasn’t her helper anymore. Even though she was losing help, she pushed for me to grow and learn something else in a new department with a new supervisor, Yvonne (I grew to love her, also). Maria is just this way, she always thinks of others, and I have been no exception.

Over the years, Maria has continued to advocate and push for me. Although I have put a lot of hard work and education into this career path, I would not be sitting at this front desk seat at the Avon Park Public Library if it were not for Maria. She has ensured people see potential in me and convinces others to take a chance on me when they otherwise may not have chosen me. I am forever thankful to her for not seeing me as a chance to be taken or a gamble, but as the right person for the job. She sees me as competent and able. She has given me room to make mistakes, try new things, and to learn all along the way. Her way of caring has allowed me to flourish, if I do say so myself. 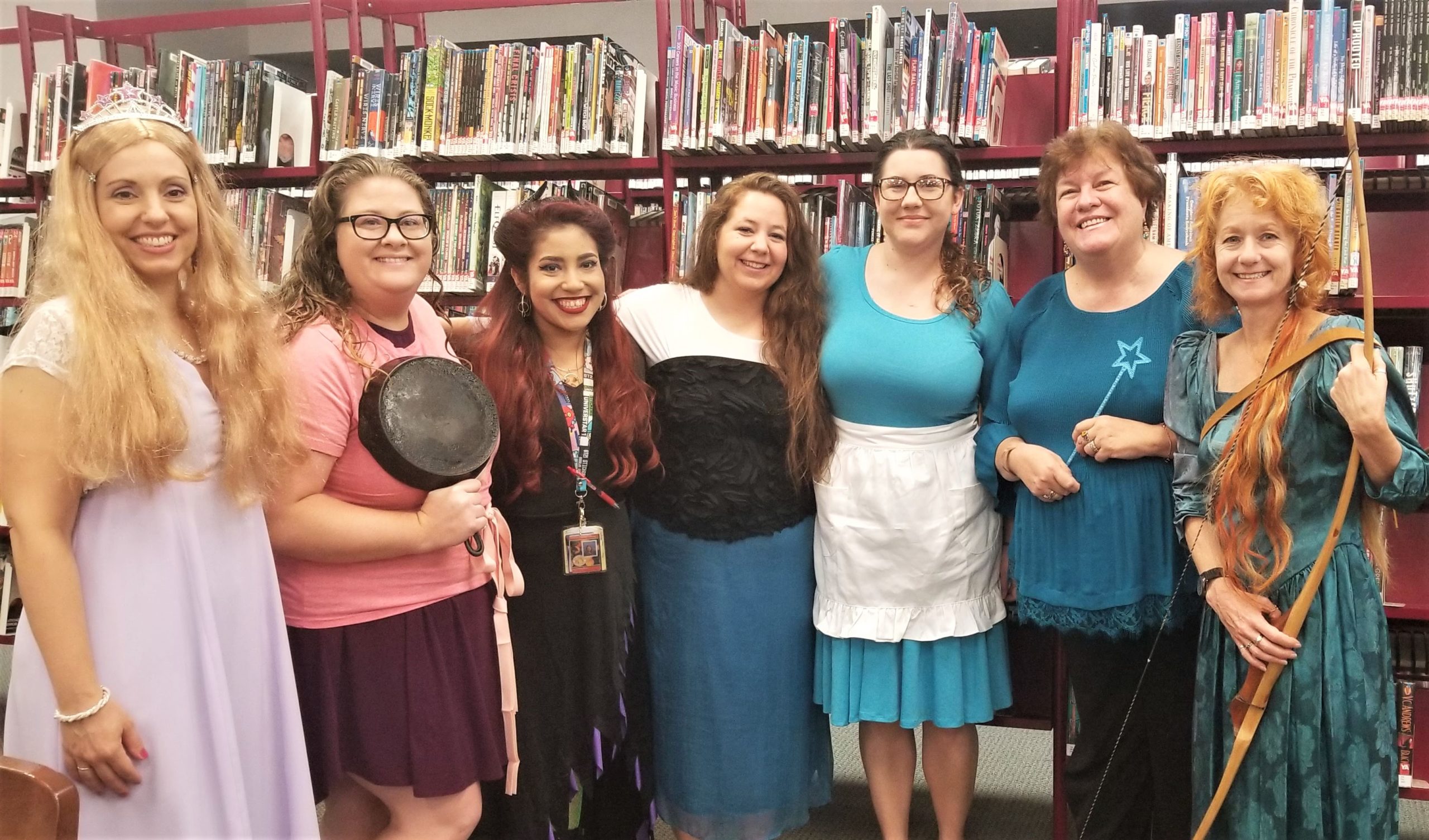 I know Maria has been this person for countless others, and I hope one day, when I retire years from now, that I have done the same for someone else. Maria is a shining light. Many others have helped and guided me throughout the years, but Maria stands out to me. As you all have guessed by now, Fred Rogers is someone I admire, and he said it best when he said, “As human beings, our job in life is to help people realize how rare and valuable each one of us really is, that each of us has something that no one else has- or ever will have- something inside that is unique to all time. It’s our job to encourage each other to discover that uniqueness and to provide ways of developing its expression.” Maria has used her career doing this for me and many others. I truly hope I embody those same characteristics one day, and I wish more than anything that she has the most wonderful, relaxing retirement. As seen on pinterest, “a beautiful career in the books

A Political Book For Every Occasion by Olivia Tooker

Whether you’re satisfied and optimistic about 2017’s politics, or you’re anxious and feeling rebellious, there’s a political book for you. In fact, there are already an astounding amount of books for and against the 45th President of the United States, Donald Trump, (and his opponent), and an even larger amount of literature for and against […]

Highlands County Public Libraries will be offering computer usage on June 3–4, 2020 from 9:30 AM to 5:15 PM. Computers will automatically log off at 5:15 PM. Sessions will be limited to 45 minutes. Social distancing lines will be marked on the sidewalk if you choose to wait there, and if not please wait in your vehicle with a […]