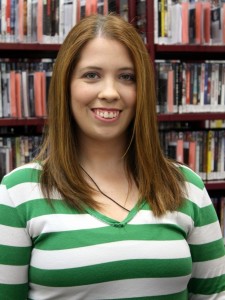 “It was a pleasure to burn.” So begins Ray Bradbury’s pinnacle novel “Fahrenheit 451” about a future society where books are banned and burned upon discovery. It is amazing to think that in 2015, sixty-two years after “Fahrenheit 451” was published, the book is still as relevant today as it was then. Every year, hundreds of books are challenged and/or banned in libraries and schools across the United States. According to the American Library Association (ALA), approximately 311 challenges were reported in 2014.

So what does this mean? A challenge, as defined by the ALA, is a documented attempt to remove or restrict materials based on the objections of a person or group. A banning is the removal of those materials. Of the 311 challenges reported last year, approximately 35% were proposed by parents, 24% by other unidentified groups, and 23% by library patrons. Reasons for these challenges included offensive language, religious or political viewpoint, violence, homosexuality, drugs and/or alcohol, sex education and/or sexually explicit images, anti-family values, and unsuitable content for the intended age group, among others. It is also important to note that for each challenge reported to the ALA’s Office of Intellectual Freedom, at least four challenges go unreported.

Why should we care? When a book is challenged, it is not simply about one individual or group expressing their point of view on the material. A challenge is asking that the material be removed from the curriculum or circulation, thereby restricting the access of other persons. By challenging the material, they are threatening to remove freedom of choice and speech from other individuals and groups. 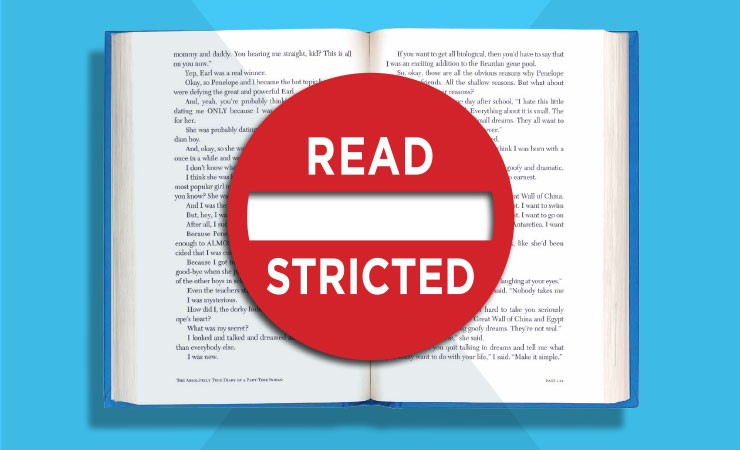 Banned Books Week, established in 1982, is an annual event held the last week of September celebrating the freedom to read. The event highlights the importance of ensuring different viewpoints, no matter how unorthodox or unpopular, remain publicly available to those who wish to read them and promotes intellectual freedom in libraries, schools, and bookstores. Banned Books Week promotes these values by drawing attention to efforts across the country to remove or restrict access to books. Each year, the ALA’s Office of Intellectual Freedom records all the challenges reported and compiles a list of the Top 10 Most Frequently Challenged books of the previous year. This year’s list included such books as “The Perks of Being a Wallflower” by Stephen Chbosky, “A Stolen Life” by Jaycee Dugard, “It’s Perfectly Normal” by Robie Harris, “Persepolis” by Marjane Satrapi, “The Kite Runner” by Khaled Hosseini, and “Drama” by Raina Telgemeier.

By drawing attention to the books targeted for removal in libraries and schools, not only does the list highlight the ongoing threat of censorship, it also celebrates that through the combined efforts librarians, teachers, students, booksellers, and community members, the books have remained available in a majority of cases.

This year, Banned Books Week will focus on young adult books, which are challenged far more frequently than any other genre. Six of the top ten books of 2014 were written for young adults, and all ten books featured a young character as its protagonist. “These are books that speak most immediately to young people,” says Judith Platt, the chair of the BBW National Committee, “dealing with many of the difficult issues that arise in their own lives, or in the lives of their friends. These are the books that give young readers the ability to safely explore the sometimes scary real world.” In fact, many teenagers find solace in the pages of YA. I remember reading “Speak” by Laurie Halse Anderson for the first time in high school and identifying closely with the protagonist, Melinda. Reading the book helped me through similar issues I was dealing with at the time. As Anderson reflected “books open hearts and minds, and help teenagers make sense of a dark and confusing world. YA literature saves lives.”

The most challenged book of 2014 was Sherman Alexie’s “The Absolutely True Diary of a Part-Time Indian” about a young Native American navigating his way through an all-white high school where the only other Indian is the school mascot. Alexie’s book drew controversy for its conversation about issues such as poverty, bullying, violence, and sex, as well as its use of profanity. Alexie replied saying, in essence, we underestimate our youth and the trials they’re experiencing. “I have yet to receive a letter from a child somehow debilitated by the domestic violence, drug abuse, racism, poverty, sexuality, and murder contained in my book. To the contrary, kids as young as ten have sent me autobiographical letters written in crayon, complete with drawings inspired by my book that are just as dark, terrifying, and redemptive as anything I’ve ever read.”

The constant challenge toward Alexie’s book and others also reflects of the issue diversity in literature. Eight of the top ten most challenged books feature diverse content, meaning it features a protagonist and/or secondary character who is a person of color, LGBTQ, or disabled, references issues of race, sexual orientation, religion, and/or disability and/or mental illness, or is set in a non-western setting. Diversity in literature has proven to be important because it reflects an accurate portrait of the world and its people, fosters respect for other cultures, shows common values between cultures, and gives readers a world or character they can relate to. It also cultivates critical thinking and self-awareness.

Reading diverse books also nourishes a key attribute that we all sometimes struggle with: empathy. Reading has proven to help individuals be more empathetic toward other people because reading gives one the opportunity to see things from another’s point of view, to “walk in another’s shoes.” One study by the “Scientific American” showed that reading the oft-challenged Harry Potter series improved attitudes toward stigmatized groups.

This year’s Banned Books Week event, September 27 – October 3, is a “call to action” to remind everyone that young people need and deserve the choice to read widely and diversely what is relevant to them and have those books available to them. When we restrict reading choices, we close doors and narrow our worldview. It is the duty of libraries, schools, bookstores, and the community to not only promote the freedom to read, but to encourage it as well. If not, we may see a world not unlike that of “Fahrenheit 451,” where if one group of people, no matter how small, didn’t like a book, it would be banned. As Ray Bradbury once said, “You don’t have to burn books to destroy a culture. Just get people to stop reading them.”

In her notable work “A Room of One’s Own,” 20th century modernist writer Virginia Woolf discussed the relationship between women and writing, both as writers and characters. One particular quote from this work caught my attention: “I would venture to guess that Anon, who wrote so many poems without signing them, was often a woman.” […]

Hot chocolate, candles, and sweaters. Those twinkly lights everywhere. Friends over for a nice, hot meal. This may conjure up images of fall, but for people in Denmark this is a year round lifestyle. Denmark is one of the happiest nations in the country despite their dark and chilly winters, with strong winds. So why […]