Click here for the downloadable PDF of the January Newsletter. 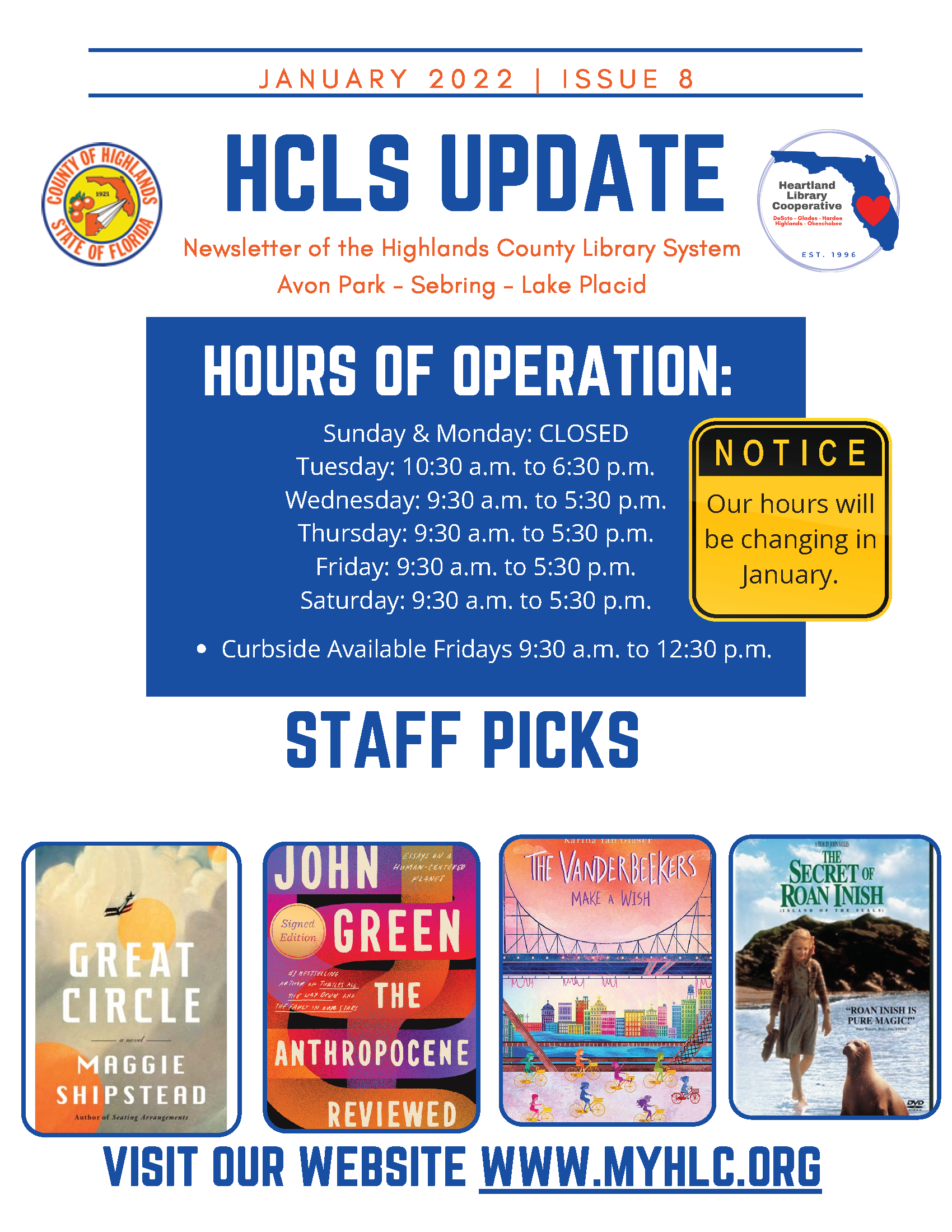 Juneteenth is celebrated across the country on the 19th of June, and it is the oldest national holiday to commemorate the end of slavery in the United States. The Emancipation Proclamation was issued during the third year of the Civil War and took effect on January 1, 1863, freeing more than 3 million enslaved people. […]

Have you been experiencing some cabin fever or boredom while staying home more this year? Many people have been checking out books and movies from their libraries to stay entertained, but did you know that the Highlands County public libraries have games available to check out? In addition to video games, the libraries have many […]