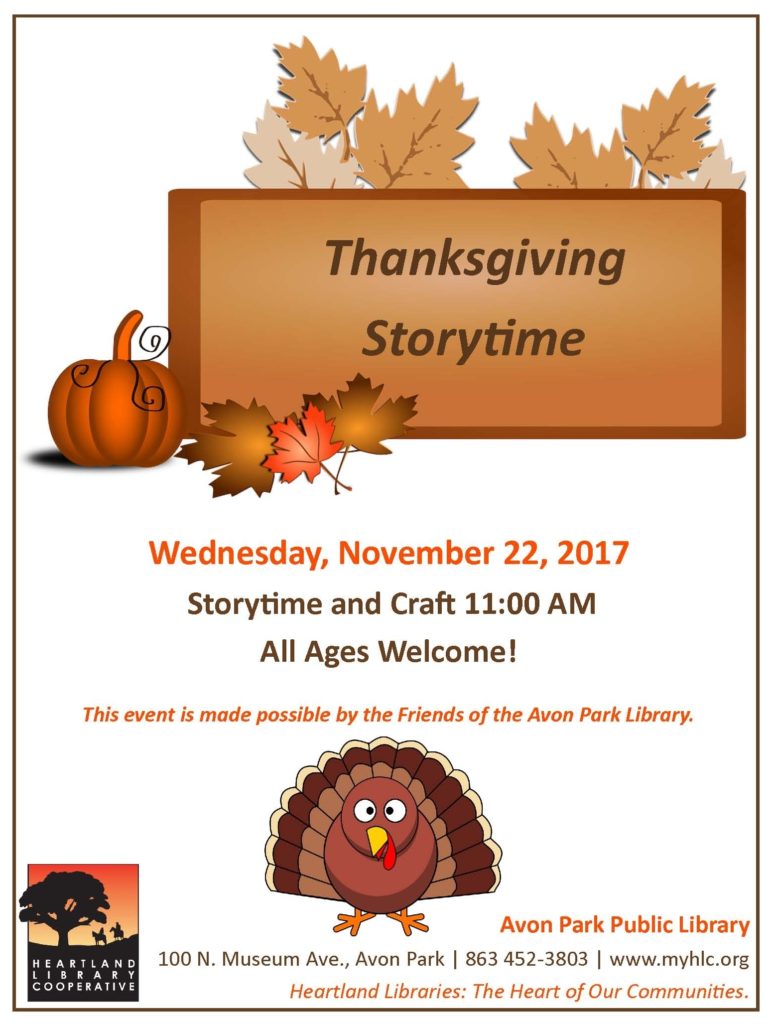 Visit the Avon Park Library at 11:00 am on Wednesday, November 22 for a Thanksgiving Storytime! After reading we will make autumn wreaths. All ages are welcome.

How well do you know banned books? Join us in the Sebring Library Meeting Room on the following dates for games and contests to celebrate our freedom to read! Winners of games win free books! BANNED BOOK BINGO Wednesday, Sept 28 — 4:00 PM-5:00 PM Can you get five in a row? BANNED BOOK JEOPARDY […]