Between your Avon Park, Lake Placid, and Sebring libraries, here are the top ten best loved fiction books so far this year.

“A Man Called Ove” by Fredrik Backman dominates the charts this year as the most read work of fiction. The book was published in 2012 and has seen renewed interest thanks to the US release of the film. Ove is an “ill-tempered, isolated retiree who spends his days enforcing block association rules and visiting his wife’s grave. [Ove] has finally given up on life just as an unlikely friendship develops with his boisterous new neighbors.”

Coming in second is “The Last Mile” by David Baldacci. Long a favorite author

here in our county, a new Baldacci release can see dozens lining up for the chance to read it. (Save yourself the wait and check your library’s ‘pink cart’ collection for a chance to find popular books on the shelf every time you walk in.) “The Last Mile” was released last year. Those anxious for the next installment of Baldacci’s ‘Amos Decker’ series seem to be eager for a re-read.

Next on our list is a Florida classic by Patrick D. Smith. Can you guess what it is? “A Land Remembered” was published in 1984 and is considered to be Florida’s favorite historical novel. 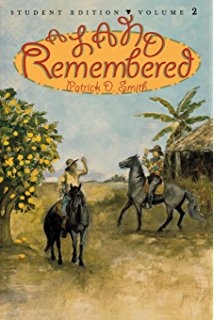 It’s definitely a great way to brush up on your knowledge of old Florida. There is a two-volume kid-friendly set that shows up on school summer reading lists every year as well.

Next is another installment by David Baldacci: “The Guilty.” This book is the fourth in Baldacci’s ‘Will Robie’s series and was published in 2015. “Will Robie is the government’s most professional, disciplined, and lethal assassin. He infiltrates the most hostile countries in the world, defeats our enemies’ advanced security measures, and eliminates threats before they ever reach our shores. But now, his skills have left him. […] To recover what he has lost, Robie must confront what he has tried to forget for over twenty years: his own past.”

John Grisham’s “Rogue Lawyer” was also published in 2015 and has remained popular ever since. 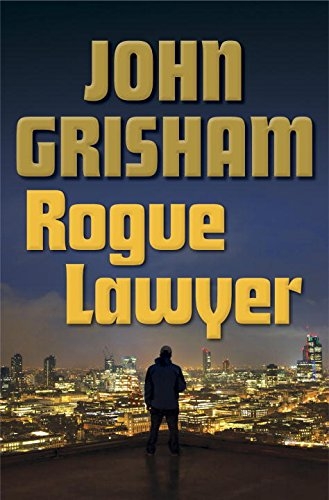 “Sebastian defends people other lawyers won’t go near: a drug-addled, tattooed kid rumored to be in a satanic cult, who is accused of murdering two little girls; a vicious crime lord on death row; a homeowner arrested for shooting at a SWAT team that mistakenly invaded his house. Why these clients? Because he believes everyone is entitled to a fair trial, even if he, Sebastian, has to cheat to secure one.”

“Unlucky 13” and “Burn” by James Patterson, “Code of Conduct” by Brad Thor, “Memory Man” by David Baldacci, and

“Big Little Lies” by Liane Moriarty round out the top ten. We hope you’ll stop by your local library and see for yourself just why Highlands County loves these books so much!

The Highlands County libraries are encouraging readers of all ages to explore fantasy lands and learn new things by participating in the summer reading program. Whether you want to read science fiction, historical romance, murder mysteries or fairy tales, the libraries are encouraging everyone to “imagine your story” this summer. Children’s crafts and story times […]

The Sun Will Rise by Vikki Brown

It has been a few weeks since my last article, and so much has happened. It is a little daunting when you sit and think about them, so don’t do that! I have a husband and two kids, both of which are elementary school age, and the husband also works. Fortunately, we are blessed enough […]

Stressed About Finances Or Unemployment? How The Library Can Help By Jennifer McConkey

As Florida begins to slowly and safely reopen, many families are dealing with financial fears. Whether your hours have been reduced or you’ve lost your job completely, the library has free resources to help adjust budgets, apply for new jobs, manage stress and even gain new career skills. If you’ve lost your job, you […]