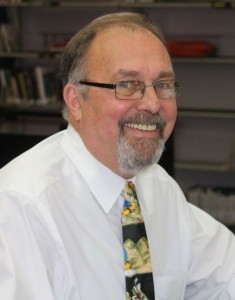 By now, Christmas 2015 is fading into memory, presents are being enjoyed, replaced, or re-gifted, relatives and guests have departed for their own homes, and the days away from work and school are dwindling down to a precious few. Depressing, perhaps, but wait! There is more to come. The time honored tradition of New Year’s Eve yet awaits us. A time to embrace the 3 r’s, revelry, reflection, and resolution. New Year’s Eve, aka “Old Year’s Day or Saint Sylvester’s Day is celebrated in many countries at evening social gatherings, where people eat, dance, drink alcoholic beverages and party well into the New Year on January 1. By the way Saint Sylvester served as Pope Sylvester I for almost 25 years and his actual canonization date and justification are unknown.  Samoa and Kiribati are the first places to welcome the New Year. One of the most prominent celebrations in the United States is the “ball drop” held in New York City’s Times Square.  The ball drop has been held since 1907 and is observed live by an average of 1 million on site New York City attendees. The popularity of this “drop” has inspired other “drops” such as the “Peach Drop” in Atlanta, Georgia and the “Music Note Drop”  in Nashville, Tennessee. Various television networks broadcast live from the New York City festivities, with bigger and more star studded programs each year. The actual New York City ball that drops is an 11,875 pound, 12 foot diameter Waterford crystal sphere that rides down a pole that is 70 feet high, reaching the end of its journey in 60 seconds after starting at 11:59PM. As an aside and perhaps of territorial interest,  New Year’s Eve is traditionally the busiest day of the year at Walt Disney Resort in Florida and Disneyland in Anaheim, California. The parks stay open late and the normal fireworks are enhanced by a New Year’s Eve specific show at midnight. Since the New Year’s celebration is an international phenomenon, some of the more interesting ways  it is observed throughout the world are: Belgian farmers wish their animals a happy New Year; In Denmark traditional celebrations dishes include boiled cod, stewed kale, and cured saddle of pork; some Estonians believe that people should eat 7, 9 or 12 times on New Year’s Eve. These are lucky numbers in Estonia  and it is believed that for each meal consumed, the person gains the strength of many men the following year; Germans enjoy the practice of Molybdomancy which involves the telling of fortunes by the shapes made by molten lead dropped into cold water; If you are in Italy you most likely will participate in the annual tradition of wearing red underwear; the Portuguese eat 12 raisins, one for each month of the year, making a wish for each month; lastly for mention is the custom enjoyed in Scotland of visiting one another’s’ homes with a gift of whiskey and occasionally, a lump of coal. Being one who appreciates a single malt at times, I understand the whiskey part, but not the coal.

Of course as the clock strikes midnight on New Year’s Eve we will hear the familiar ring of the traditional words and melody of Auld Lang Syne. The song was originally written by the Scottish poet Robert Burns in the 1700’s and the title is loosely translated as “times gone by.” It is an opportunity as one year blends into the next to let those we hold close that we cherish  their friendship and wish them a good health and good will in the year ahead. Since the singing of the actual words may become muddled by either memory or champagne, as a public service from the Heartland Library Cooperative, here are the actual words to the first two stanzas of this time honored tune:

“Should auld acquaintance be forgot,

And never brought to mind?

Should auld acquaintance be forgot,

For auld lang syne, my dear,

Have a safe, healthy and happy New Year!

Free Ways the Library Can Help Your Career by Regina Ussery

Life has changed drastically for our country during the past year. Simple daily activities have been altered – face masks, social distancing, and curbside pick up have become a part of the norm. For others, life has taken a more drastic turn that has forced them to reconsider their career. The Heartland Library Cooperative has […]

Although many businesses and organizations are open to the public, many people are spending more time outside this year. If you’re interested in improving your outdoor spaces, or bringing a little nature into your home, you can check your local library for helpful information. Whether you want to get better at flower arranging, indoor gardening, […]